Grace’s staff is our greatest asset. Our preacher Abby, resident theologian JP,
musician David, and Spiritual Director Kathy love to challenge one another.
Best of all, each holds a deep respect for each other’s talents, perspectives, and faith.
Our Pastor's Blog 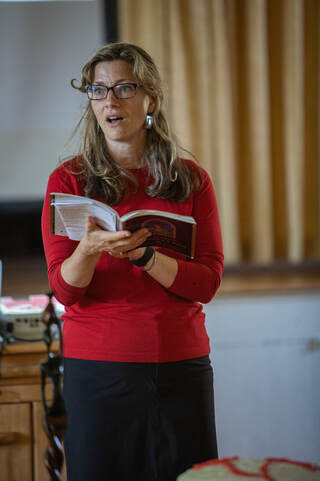 Abby is the pastor and chief evangelist at Grace Community Boston. But mostly she is just a fellow traveler wondering how to live faithfully and follow Jesus in the 21st century. She loves God, has been claimed by a guy named Jesus even though she tried to resist, and is passionate about the emergent progressive christian church.

Abby is a graduate of Princeton Theological Seminary and Colgate University. She is married to the theologian below, is the mother of three, and spends a great deal of time doing dishes and sorting lunch boxes. She is a collector of stories, a baker, and a terrible knitter. 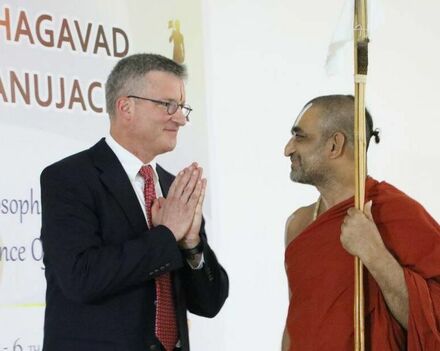 Jon Paul is resident theologian at Grace Community Boston. But really, everybody at Grace is a theologian, and everybody’s opinion counts, and no one is expected to tow any party line. Jon Paul is just the member who thinks about God professionally. "It’s fun and challenging to do theology in a community where experience is a lot more important than belief, and where feeling the spirit is more important than thinking the right thoughts."

Jon Paul is a graduate of the University of Virginia, Princeton  Seminary, and Boston College. He teaches world religions at Emmanuel College in Boston, and he happily includes what he learns from other faiths into his Christian practice. When not teaching or writing or unloading the dishwasher he spends as much time as possible with his beloved family. He is also obsessed with his netflix queue and soccer. 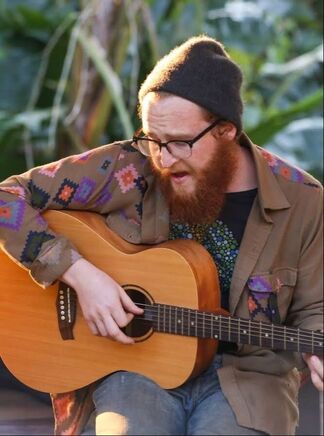 Owen is a man of many hats— educator, singer, yogi, surfer, skater, guitarist, world traveler, and so much more. At Grace, he brings his musical talents to the forefront, using his gift for song and performance to spread joy through the community.

Each week, he prioritizes finding contemporary, accessible, and thought-stirring music that can be enjoyed by all, from the hardcore theologian to the fidgety pre-teen. Having long considered music to be his “mother tongue,” he thrives off the energetic interaction between performer and audience, knowing it to be a two-way street— whenever someone thanks him for playing, he’s always sure to thank them, in turn, for listening.

A native of Walpole, MA, Owen graduated from the Roxbury Latin School in 2012 and earned his BA in English from Vanderbilt University in 2016. He is a RYT-200 Yoga Instructor, and spends his weekdays working as a school teacher. 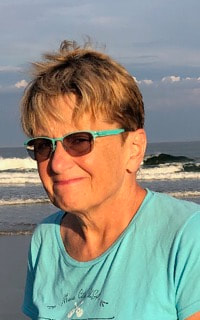 Kathy is a retired school Social Worker, who has a certificate in Spiritual Direction from Cardinal Stritch University, and San Damiano House of Prayer.

Kathy delights in being an active and involved member at Grace, and in accompanying people on their spiritual journey. She has a deep history in social action, facilitating groups and retreats, and an eclectic practices of prayer. In her semi retirement, she looks forward to offering group discussions, on coping with our current world, and where God, Community, and our individual journeys intersect.

Kathy enjoys cooking, knitting, swimming, traveling with her wife Sue, and spending time with friends and family. She also delights in kid's antics or all ages;  without knowing it  she has become the community's go to for parenting questions.